Testimonials | About Us | Latest News

DCWW’s Vowchurch Works is located south of the village of Vowchurch in the County of Herefordshire. Vowchurch PWS abstraction consists of 4 wells, constructed between 1981 & 1983, in a confined glacial gravel aquifer adjacent to the River Dore.

Only 3 wells have been operational since 1988, of which only two are considered fully reliable with one out of production and already decommissioned. All of the wells are in a poor condition and it is considered that there is significant risk of supplying water that would constitute a risk to human health. A new borehole has recently been drilled and tested on site.

There are 4 boreholes numbered 1 to 4. Currently only 1 and 4 supply the Works. Borehole No.1 is located at the rear of the Treatment Works. Immediately past the works is a disused railway line that has been converted into a track, which crosses the lane leading to the Works. Borehole Nos. 2, 3 and 4 are in line alongside the track located to the left. Water abstracted from the boreholes passes through UV treatment.

A valve house containing a diverter valve is located just over two miles from the Treatment Works (NGR: SO 388 359). This valve house is under control of Production staff and houses a diverter valve used to direct the Works flow to either of two reservoirs located at Brampton and Kingstone.

The new borehole (BH5) is located within an arable field at NGR: SO 36244 35999. The River Dore is located approximately 130m to the east of the borehole. It has been drilled as a direct like-for-like replacement for the existing non-operational asset BH2 (next to UV plant) which will now be decommissioned.

The new borehole is located within the superficial aquifer comprising glacial sand and gravel river terrace deposits of the River Dore within the base of the Golden Valley. Water levels are generally high within the aquifer and springs and seepages are common along geological boundaries. The aquifer is highly productive and responds very quickly to recharge events. Groundwater recharge occurs through many mechanisms. Primarily through the hydraulic connection to the River Dore as well as direct recharge from rainfall and from surface water runoff along the valley sides where infiltration is limited into the low permeability mudstone and siltstone of the Raglan Mudstone Formation. The works include construction, installation, testing & commissioning of the following:

Once we were given approval to commence the works it was discovered that the new borehole chamber base was to be constructed below the water table by some 1.00m in depth. This information was taken to ARUP’s and it was agreed to modify ARUP’s drawings and lift the chamber by approximately 1.20m so that the excavation was undertaken above the water table.

To enable the construction of the borehole chamber which is situated in the middle of a grass field we had to cross the line of a High Pressure Gas Main with not only construction traffic but a 40T excavator carrying 10Tonne culvert sections. The reason for using the excavator as a crane was that a crane wouldn’t travel over the field. Suitable strops and D links were purchased for the operation as well as the major risk assessment being carried out and a meeting with the gas board prior to the works proceeding. Ground mats and an earth ramp was placed over the High Pressure Gas Main to ensure it was adequately protected.

We had to be in a position to pump water through the new system by December 2017 as specified by the EA. The date was achieved.

Regular Project Progress Meetings were setup to provide updated programmes and discuss any risks and Early Warnings which were raised so the client was kept updated with any additional costs or risks to the programme during the project.

Programmes were constructed and managed using Microsoft Project and updated at least weekly and fed into the companies overall programme of works.

Please do not hesitate to get in touch and make an appointment to discuss your needs; whether for a one-off project or a fixed longer-term partnership. There are so many benefits that clients up and down the country are already tapping in to. We would be delighted to help you too. 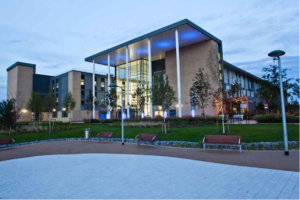 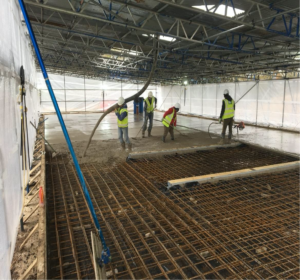 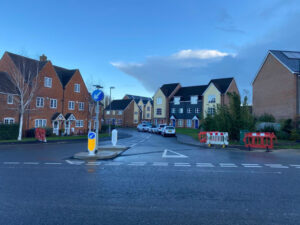 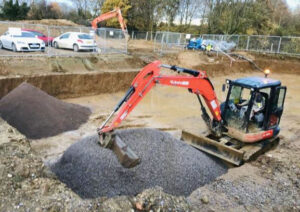 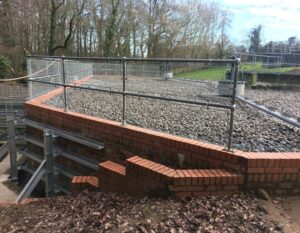 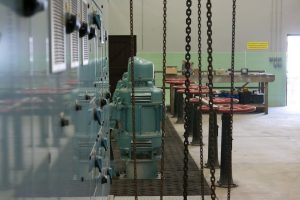 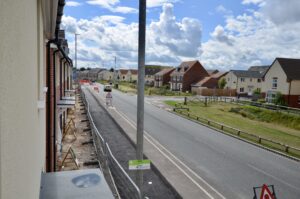 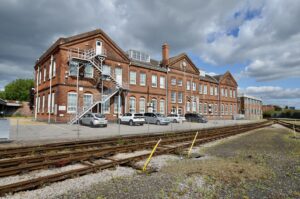 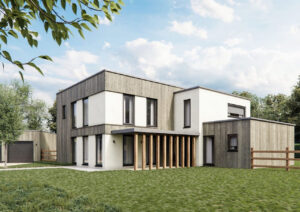